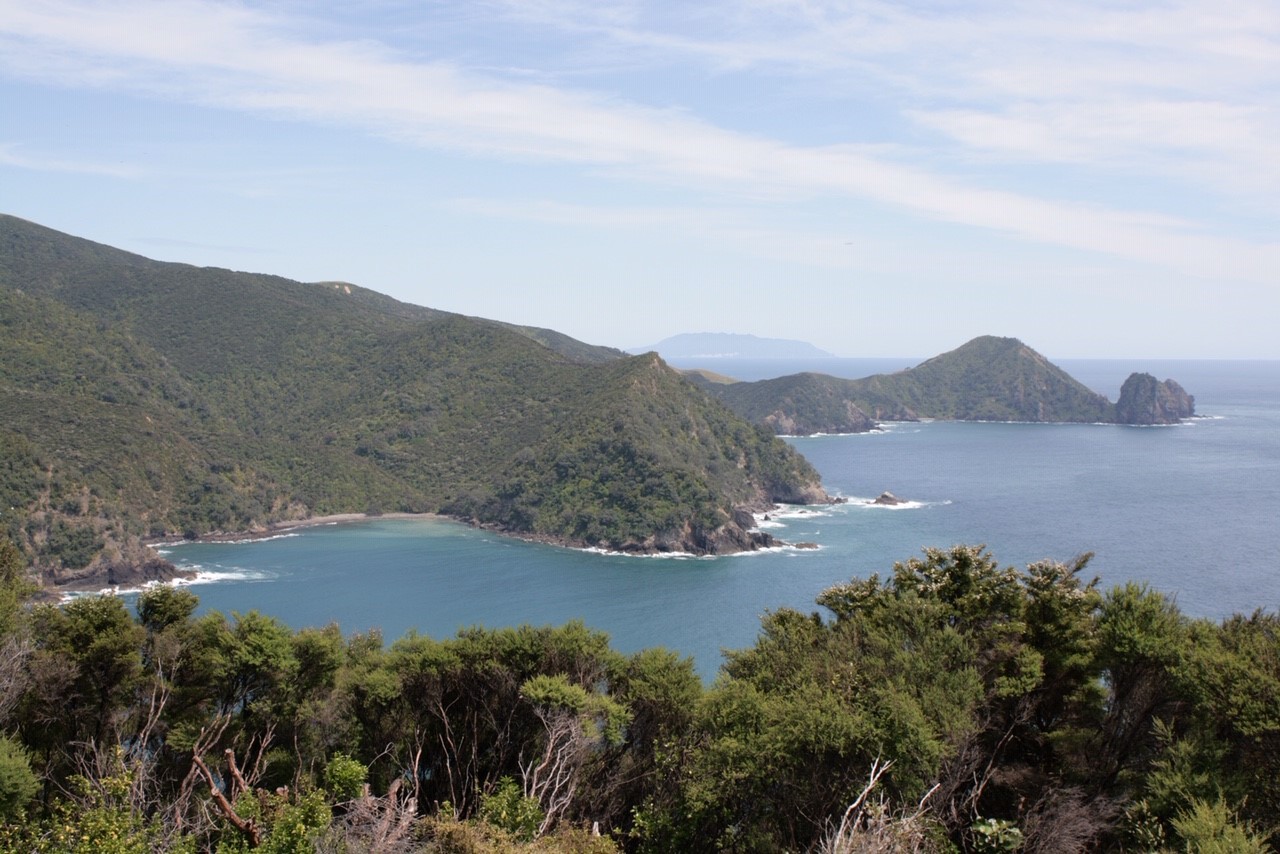 COASTAL WALKWAY – A DAY OF MANY WORLDS

Posted by WairuaLodge Blog No Comments

The Coastal Walkway has been on our bucket list for some time, but renovations and operating the lodge made it very difficult to take a day off. We decided to send Ianto – our Welsch WWOOFER – off on a day trip to experience the walk and report back. If you would like to find out how he enjoyed the Coastal Walkway, then please read on:

This blog bears this title because each time I felt that I had grown used to the path, the scenery and the general atmosphere of the walk would suddenly and almost drastically change – a new world would be opened up.

I began the day with a 45-minute drive along the 309 road to the pick-up in Coromandel town. The road, in places, is unpaved and very winding so don’t expect an easy start if you’re chauffeur! On the other hand, the route’s roughness lends it an authenticity; a truthfulness to the past which, accompanied by beautiful views of native bush and rugged hills, gives it the impression of a rolling snapshot from days gone by – the first world.

Upon arrival, I was met by our cheerful and boisterous Māori guide, Dave. As well as taking tourists on day trips he is a conservation worker, laying traps for foreign pest species which threaten the Kiwi birds. Throughout the journey to the first drop-off he pumped us with enthusiasm for the day ahead, showing off his impressive knowledge of the history, ecology and culture that Coromandel has to offer. If you’re looking to learn something while you’re here, I’m sure you couldn’t find a better fount.

At Stony Bay, where the walk kicks-off, we topped up our water and got going, but not before Dave had said a traditional prayer to appease Tāne-mahuta (the forest god) that he would allow us to pass freely through his land. This was the next world, a gentle uphill under a cool, shaded canopy of Kanuka trees. A second, lower canopy of silver ferns made for dense bush on either side, which thickened even more with Kawakawa plants as we went on. Around an hour into the walk we stopped for lunch at a beautiful lookout point: Stony Bay, distant in the South; Moehau mountain rising ridge by ridge behind us; Great Barrier Island moodily silhouetted over the Pacific. This spot is sign-posted so don’t worry about missing it – you can’t!

The next stretch took us steadily downhill towards Poley Bay. As we got closer, the trail became steeper and more difficult to walk, but that was made up for by the Bay itself. Though not ideal for swimming, it is one of the more atmospheric beaches I’ve been to in my life. A rocky shore, dark sand and powerful crashing waves kept us at distance, and everyone agreed that it possessed a power that wasn’t to be meddled with.

So, on we trod. And as soon as we broke the treeline the third world presented itself. Suddenly the vegetation became tropical, as did the heat. Nikau palms held dominion and the humidity grew to a challenging level, not helped by the steepness of the ascent. However, despite the challenge this world held a certain magic; great Pohutukawa (the New Zealand Christmas trees) arched over the path and broken rays of sunshine illuminated the forest floor with a warm glow. 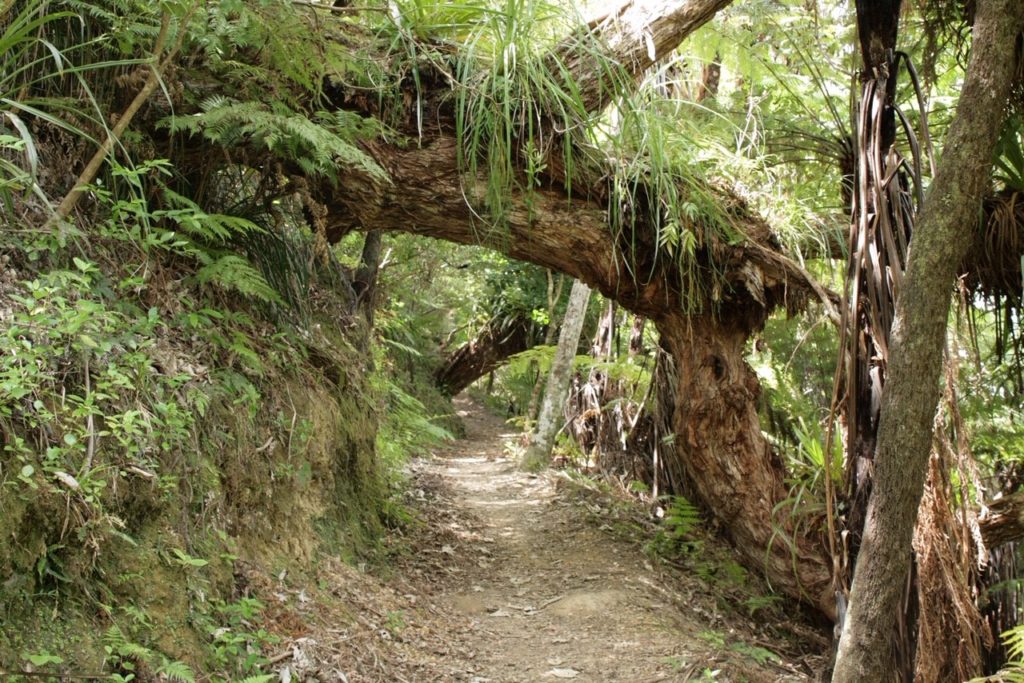 The fourth world came shortly after when the trail levelled off, and the humid shade of the sub-tropical forest gave over to an intense arid heat. Here it was more Mediterranean in look and feel – the vegetation grew thinner, cicadas choired noisily in the undergrowth and the sun, from which we were now unshielded, seemed unforgiving. I was a little glad, therefore, when we came to the last of our worlds. The trail opened out onto a grassy headland, the vegetation all but disappeared, sheep and cows grazed lazily in the cooling afternoon. As we rounded the headland, the grass yawned up into steep meadow-basins with a few trees marking the slopes – we could feel the hike coming to a satisfied end.

From there it was a nice, easy, 20-minute downhill to Fletcher Bay where Dave was waiting for us with the van. We sat, fed the ducks, caught our breath and drove over to Port Jackson to relax and have a cup of tea and a quick swim. Dave also boiled us a cup of Kawakawa leaves, which are an important Māori medicine, to try; the flavour is somewhere between basil and mint, and I highly recommend asking him to prepare some for you.

From there we headed back to Coromandel and went our separate ways: a slightly sad occasion as I feel as though I made some friends in those 5 hours spent walking the coast of one of the most beautiful places in this, or any world.

Transport to and from the costal walkway: https://www.coromandeldiscovery.co.nz/